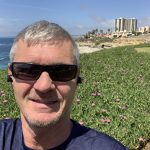 Today’s formalities in the US Virgin Islands were swift and easy since our handler took care of it beforehand. Appartently the officer with whom we had the pleasure yesterday is known for his behaviour. So around 11 we were up and flying back to Tortola to pickup Marc-Phillipe and then a bit more than a quarter of an hour until we landed already in Anguilla.

Now we thought to spend an leisurely afternoon and tried to figure out if it was worth to have a look around this almost completely flat island. Immigration was relatively easy with the little detail that we had to be tested again (even though we still had a valid one) right there. They put a red bracelet around our wrists, apologizing that they did not have any yellow ones anymore! The significance of this we only found out after having been driven almost to the southwestern end of the island, where at the resort they told us that we can’t leave the premises until we get the test results. The Turtle Nest resort itself did not offer any food so we were told to order our food in. Once on the beautiful beach we realized that the only restaurant which delivers is just about 4 houses up the beach. So Rainer had the great idea to carefully cut our bracelets so we could take them on and off as and when desired, walked over there and had a very nice lunch!

Turns out most of the island is closed for the hurricane season and we killed the time hanging around the complex. They beach is absolutely pristine, very few other people around. I finally got to fly the drone for the first time since all the other island were too small and depending on airport location complete no fly zones. We finished the day with another great and forbidden meal at our favorite beach restaurant.

Anguilla is a flat, low-lying island of coral and limestone in the Caribbean Sea, measuring some 26 km long and 6 km in width comprising an area of around 91 km2 beng just a bit more half the seize of Liechtenstein. It lies to the east of Puerto Rico and the Virgin Islands and directly north of Saint Martin, separated from that island by the Anguilla Channel. The soil is generally thin and poor, supporting scrub, tropical and forest vegetation. The terrain is generally low-lying, with the highest terrain located in the vicinity of The Valley. Crocus Hill, Anguilla’s highest peak at 73 m, lies in the western regions of the town. Population estimate as of 2018 was around 14’700.

Formerly a British colony and briefly united with St. Kitts and Nevis in 1967, it is now a self-governing dependency of the UK. The territory consists of the main island of Anguilla and a number of uninhabited smaller islands and cays.

Anguilla was first settled by Indigenous Amerindian peoples who migrated from South America. The earliest Native American artefacts found on Anguilla have been dated to around 1300 BC. Precisely when Anguilla was first seen by Europeans is uncertain. Some sources claim that Columbus sighted the island during his second voyage in 1493. Traditional accounts state that Anguilla was first colonised by English settlers from Saint Kitts beginning in 1650. The settlers focused on planting tobacco, and to a lesser extent cotton. It is likely that the early European settlers brought enslaved Africans with them. Historians confirm that African slaves lived in the region in the early 17th century, such as slaves from Senegal. The slaves were forced to work on the sugar plantations which had begun to replace tobacco as Anguilla’s main crop. Over time the African slaves and their descendants came to vastly outnumber the white settlers. The African slave trade was eventually terminated within the British Empire in 1807, and slavery outlawed completely in 1834. Many planters subsequently sold up or left the island.

During the early colonial period, Anguilla was administered by the British through Antigua; in 1825, it was placed under the administrative control of nearby Saint Kitts. Anguilla was federated with St Kitts and Nevis in 1882, against the wishes of many Anguillans to form an associated state of Saint Kitts-Nevis-Anguilla with full internal autonomy in 1967. On 30 May 1967 Anguillans forcibly ejected the St Kitts police force from the island and declared their separation from St Kitts following a referendum.
British authority was restored, and in 1980, Anguilla was finally allowed to formally secede from Saint Kitts and Nevis and become a separate British Crown colony (now a British overseas territory). Since then, Anguilla has been politically stable, and has seen a large growth in its tourism and offshore financing sectors.