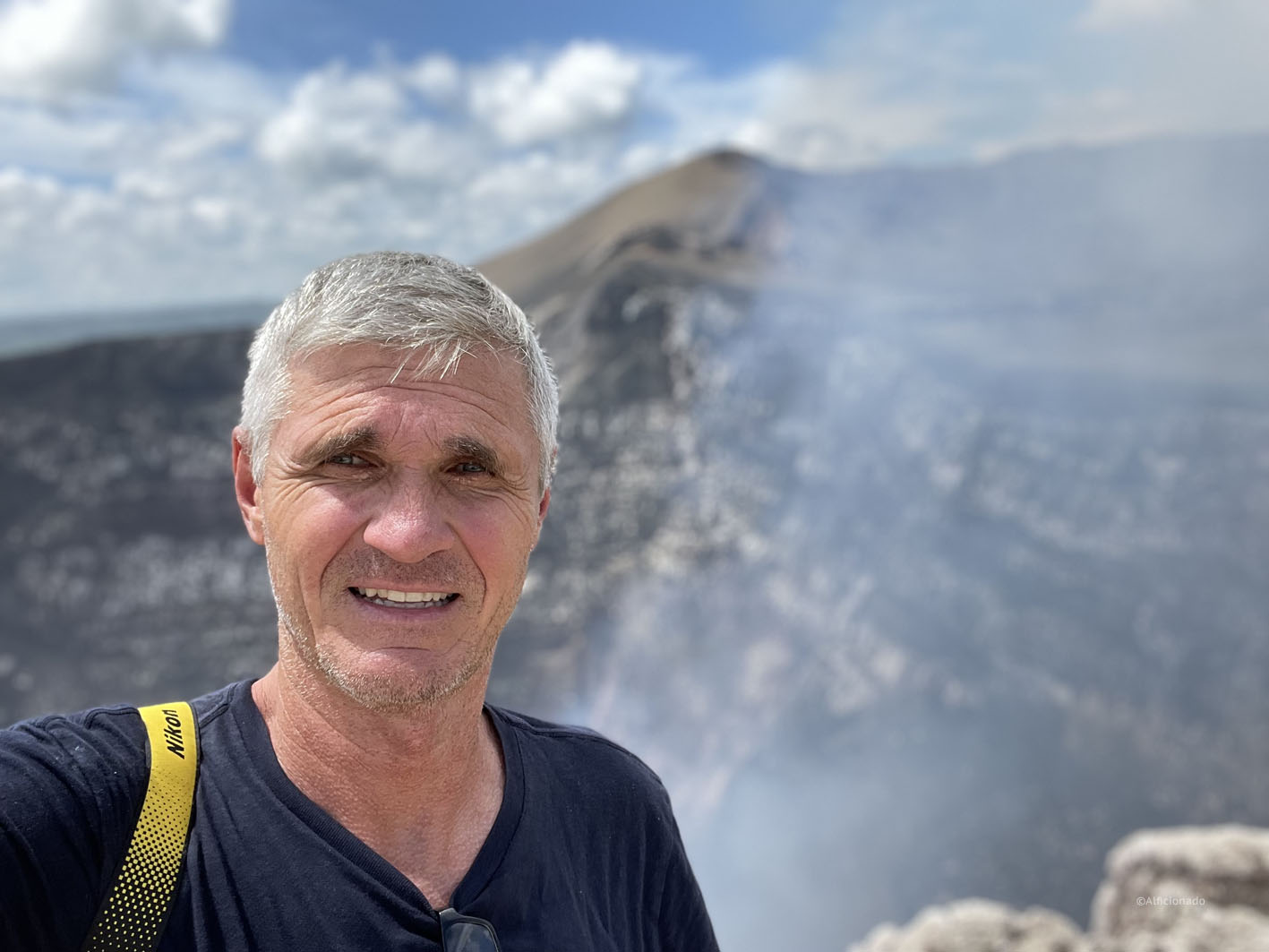 👉 Side trip by car

After it was clear that Venezuela became a no-go we obviously got some extra available time since Angel Falls and Caracas would have been main attractions while staying a few days.

I looked at the map and noticed that Nicaragua, which I have never been to, is very close to Liberia. So I decided to take a trip there with Marc-Philippe joining me while the pilots were enjoying the beautiful hotel.

At 5 am in the morning a driver took us to the border in about 2 hours. Then we had to cross the border by ourselves having the next transport waiting on the other side in Nicaragua.

While the border crossing by foot is relatively easy it was very strange and cumbersome. Paying a small fee here and there, getting out of Costa Rica, walking by hundreds of huge trucks in nowhere land to the Nicaraguan immigration, of course involving fees left, right and center.

On the other side we were met by our tour guide and driver. We first travelled north along Lake Cocibolca and stopped at Apoyo Lagoon Natural Reserve with very fine views over an extinct crater lake. Then on to still active Masaya Volcano National Park, where we could drive up to the ridge of the crater and look inside. Very cool, and what made the experience even better was the fact that we were alone, where usually the parking lot apparently is packed.

We went on to Granada, a beautiful colonial town which offered a lot of impressive architecture and local insights to life. We had lunch in a restaurant which used to be a house of a wealthy family, including a pool in the courtyard, now the dining area! Thereafter we took a boat tour checking out where the locals are spending free time and weekends on little islands and the hillbillies and politicians of Nicaragua and Central America built really nice mansions. And yes, some islands are owned by monkeys.
The drive from Granada back to the border, partially along the lake again, offered some fine views of the volcano islands in the late afternoon light.

It was a very long and great day which was complemented by some troubles trying to get back into Costa Rica again. While first it was my mistake not having the sanitary QR available, the bigger problem turned out to be that I needed to have proof for leaving Costa Rica. Well since we came by private plane I could not show a plane ticket or other form of transportation which the officer would accept, at some point he suggested I have to go back to Nicaragua and figure things out. After endless 20 minutes, and a side trip to the aseos in order to take out tension, he finally thought that showing him our working excel sheet with the flight itinerary would be good. And that made a good day an even better day with a little war story to tell.😂😎

Nicaragua is the largest country in Central America, it occupies an area of 130’370 km², compared it is somewhat larger than half the size of the United Kingdom or slightly smaller than the state of New York.

The country has a variety of climates and terrains, its landscape offers extensive coastal plains at the Atlantic, lowlands at the Pacific and interior mountains in the central highlands. Nicaragua is famous for a lot of lakes and volcanoes. The two largest fresh water lakes in Central America, Lake Managua and Lake Nicaragua (Lago Cocibolca), are located there.

The country has a population of 6.2 million people. Capital and largest city is Managua, almost one quarter of the country’s population lives in the city. Spoken languages are Spanish (official), and several regional recognized languages like Miskito, Rama, Sumo, Miskito Coastal Creole, Garifuna, and Rama Cay Creole.

Originally inhabited by various indigenous cultures since ancient times, the region was conquered by the Spanish Empire in the 16th century. Nicaragua gained independence from Spain in 1821. The Mosquito Coast followed a different historical path, being colonized by the English in the 17th century and later coming under British rule. It became an autonomous territory of Nicaragua in 1860 and its northernmost part was transferred to Honduras in 1960. Since its independence, Nicaragua has experienced several military dictatorships, the longest being the hereditary dictatorship of the Somoza family, who ruled for 43 nonconsecutive years during the 20th century. The Somoza family came to power as part of a U.S.-engineered pact in 1927 that stipulated the formation of the Guardia Nacional to replace the marines who had long reigned in the country.

Free elections in 1990 and again in 1996 saw the Sandinistas defeated. The country has slowly rebuilt its economy during the 1990s, but was hard hit by Hurricane Mitch in 1998. Currently the Sandinistas are in power again but election are up again this year. This instability has not helped a gifted country to move on.