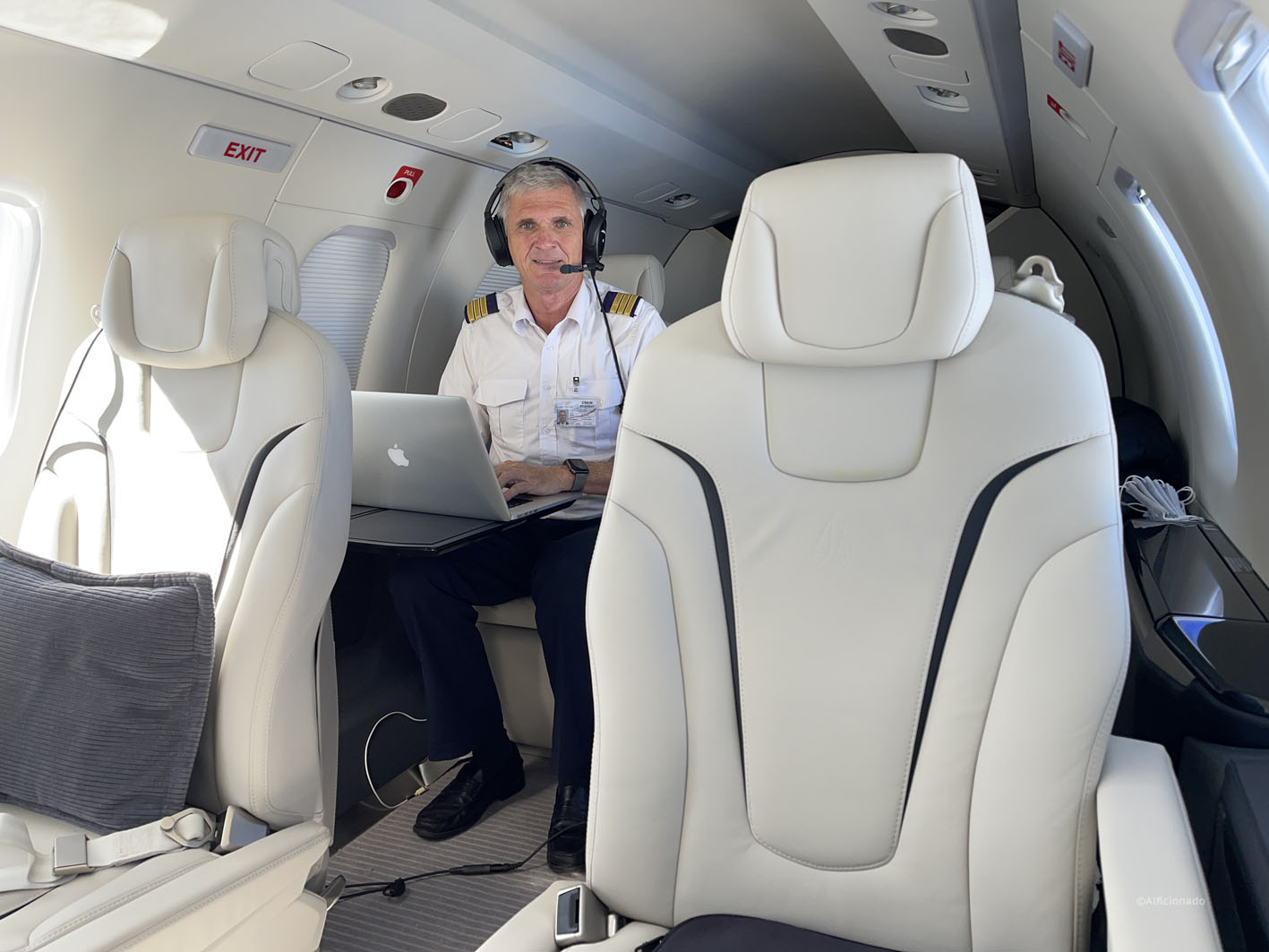 A nice and temperate morning greeted us at Pocinhobay. The sun was just coming up when we walked on the empty tarmac at Pico airport, as things are slow on a Sunday morning. The air was clear and we unpacked the plane for the last time and enjoyed the very comfortable temps. Taking-off and grasping last sights at Volcan Pico nicely surrounded with clouds made for a special farewell. Favorable winds during the first part over the Atlantic and fantastic views once flying over the European continent treated us all the way home. This very dry and crystal clear sunday showed us first the Pyrenees, then the Massif Central and finally the highest peaks of the alps with Mont Blanc, Dom and of course the Matterhorn, looking different seen from another angle.

Landing in Mollis, coming from the north and then having to make a 180 turn at the end of the valley, is always breathtaking and nothing for those faint-hearted. Rainer performed a perfect landing in front of a nice group of family and friends who awaited us at the tarmac.

I would like to raise my glass to all of you out there for following us with all the feedback including felt impatience when the next blog was not online yet.🙏

And remember, after the trip is before the trip.😎

Helvetia, how the country was called in ancient times, but even today, the name is still in use. The country’s official Latin name is Confoederatio Helvetica (CH). Switzerland is a landlocked mountainous country in South-Central Europe, bordered by Austria, France, Germany, Italy, and Liechtenstein.

Switzerland has a population of 8.6 million people, capital city is Bern and the largest city is Zurich. Spoken languages are German, French, Italian and Rumantsch, traditionally spoken in the different regions (cantons) of the country.

Geographically the country is divided into three major regions; there are the Swiss Alps in the south. The Alps fade out into the Swiss Plateau with a landscape of rolling hills, plains and large lakes and average elevations between 400 m and 700 m. To the northwest along the French/Swiss border is the Jura, a sub-alpine mountain range.

The oldest traces of hominid existence in Switzerland date back about 150’000 years. The oldest known farming settlements in Switzerland, which were found at Gächlingen, have been dated to around 5300 BC

La Tène culture developed and flourished during the late Iron Age from around 450 BC, possibly under some influence from the Greek and Etruscan civilisations. One of the most important tribal groups in the Swiss region was the Helvetii. Steadily harassed by the Germanic tribes, in 58 BC the Helvetii decided to abandon the Swiss plateau and migrate to western Gallia, but Julius Caesar’s armies pursued and defeated them at the Battle of Bibracte, in today’s eastern France, forcing the tribe to move back to its original homeland.
In the Early Middle Ages, from the end of the 4th century, the western extent of modern-day Switzerland was part of the territory of the Kings of the Burgundians. The Alemanni settled the Swiss plateau in the 5th century and the valleys of the Alps in the 8th century, forming Alemannia. Modern-day Switzerland was therefore then divided between the kingdoms of Alemannia and Burgundy.

By 1200, the Swiss plateau comprised the dominions of the houses of Savoy, Zähringer, Habsburg, and Kyburg. Some regions (Uri, Schwyz, Unterwalden, later known as Waldstätten) were accorded the Imperial immediacy to grant the empire direct control over the mountain passes. With the extinction of its male line in 1263, the Kyburg dynasty fell in AD 1264; then the Habsburgs under King Rudolph I (Holy Roman Emperor in 1273) laid claim to the Kyburg lands and annexed them extending their territory to the eastern Swiss plateau.

The establishment of the Old Swiss Confederacy in the Late Middle Ages resulted from a series of military successes against Austria and Burgundy. Swiss independence from the Holy Roman Empire was formally recognised in the Peace of Westphalia in 1648. The Federal Charter of 1291 is considered the founding document of Switzerland which is celebrated on Swiss National Day. Since the Reformation of the 16th century, Switzerland has maintained a strong policy of armed neutrality; it has not fought an international war since 1815 and did not join the United Nations until 2002. Nevertheless, it pursues an active foreign policy and is frequently involved in peace-building processes around the world. Switzerland is the birthplace of the Red Cross, one of the world’s oldest and best known humanitarian organisations. It is a founding member of the European Free Trade Association, but notably not part of the European Union, the European Economic Area or the Eurozone. However, it participates in the Schengen Area and the European Single Market through bilateral treaties.